Game Night is a great program for new organizers because it’s flexible and easy to implement. Would you like to run a tournament every week? You can run Game Night!

To start with Game Night, you need to have a brick-and-mortar store and membership in the Wizards Play Network, or WPN.

Once you have signed up as a StarCityGames.com Organizer and been approved, all you have to do is use the “Click to Enroll” button in Organizer Tools and you will be signed up for next month’s Game Night!

Game Night can be run any night of the week, as a new tournament or an add-on to tournaments already in your store, and you may distribute the Game Night prizes however you like.

Questions? Contact gamenight@starcitygames.com and we’ll be happy to assist.

The Store Spotlight is going international! Midway between Detroit, Michigan and Toronto, Ontario lies the Canadian city of London, where Brad Ashton-Haiste runs StarCityGames.com In-Store Programs and other tournaments at his store, Worlds Away.

For a city that may not be familiar stateside, “London, Ontario has a huge Magic scene, one of the biggest per capita in Canada,” said Ashton-Haiste. “The population of the city and surrounding area is about 350,000, and there are six stores that run competitive tournaments, plus the clubs at the university and college…it’s remarkable how vibrant the scene is.”

Ashton-Haiste was among the earliest players of Magic, and he started selling the game in 1994, the year after its debut. Tournaments came soon after: “I ran my first Magic tournament in late 1997. It was at another location, it was freezing out, the furnace was broken and two space heaters were in overdrive, but everyone had a blast.”

Ashton-Haiste and Worlds Away have come far since then: “I’ve run more than 3,000 tournaments, seven or eight a week at this stage, and I’m about to stage my first Preliminary PTQ. I’m also very fortunate in other ways; one of the guys that volunteers at the store on weekends, Rick Miles, is my best friend and a Level 2 judge. I never have to worry about finding a judge for any of my SCG IQs, GPTs or PPTQs. That’s very special.”

As a longtime tournament organizer who’s never far from the leading edge of in-store play—he ran midnight “Sneak Peek” tournaments before they became a Prerelease tradition, and after Wizards announced Friday Night Magic, Worlds Away started Friday night tournaments two weeks early—Ashton-Haiste has held his share of cool and unusual tournaments. “I’ve run Halloween events where everyone had to play mono-black; red, white, and green Christmas tourneys; and other goofy combinations. … The best thing I’ve ever done was starting a store championship. Players earn points at all sanctioned events and the Top 32 are entered into a free five-round tournament at the end of the year. After cutting to Top 8, they draft for free. Everyone in the Top 8 receives a glass mug and the winner a stained-glass trophy. It has generated enormous interest.”

Worlds Away preparing for their Fate Reforged Prerelease on January 17th, 2015.

Ashton-Haiste believes the small things really aren’t when it comes to running a store. Take the life-total pads he purchased from StarCityGames.com: “Earlier I had store pens made, so it’s cool to give players a free pen and life pad before a tournament. I haven’t given them all out, but one day I’ll need more!” He also saves commons and uncommons that his regulars would throw out and gives them to youngsters starting out or players who can’t afford to buy many packs. He adds, “After I’ve opened several cases of a set, I have tons of extra cards, so I give a lot of them away as well.”

Other small steps that help: “The most important part of running an event is having an attractive prize pool. Adding a few extra prizes goes a long way in building customer loyalty. And sell cheap junk food…gamers love cheap junk food.”

All those tournaments and perks come down to Ashton-Haiste’s one big rule for organizers: “Just listen to your players. Ask what tournaments they want…and be nice. You can’t keep everyone happy, but you have to try.” 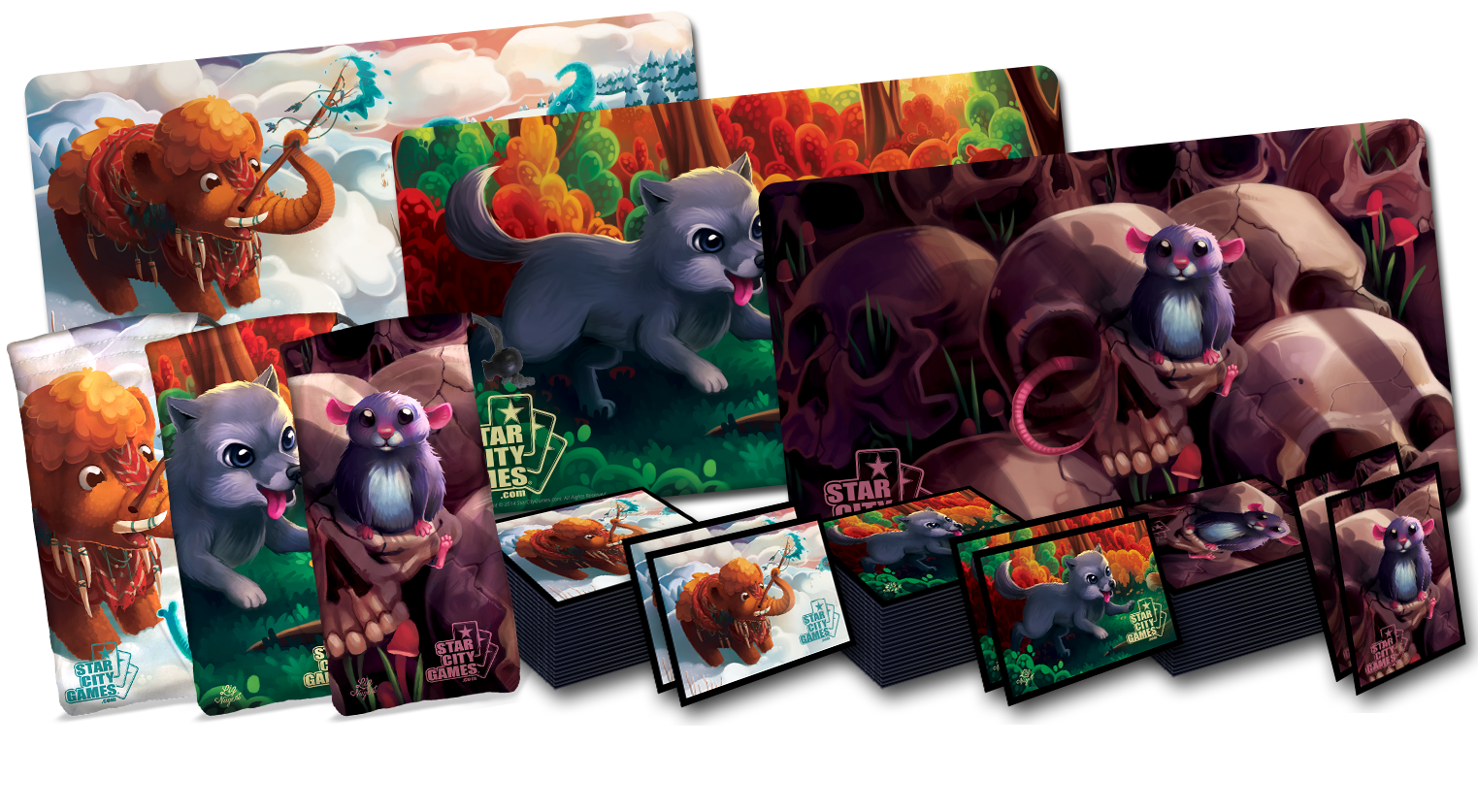 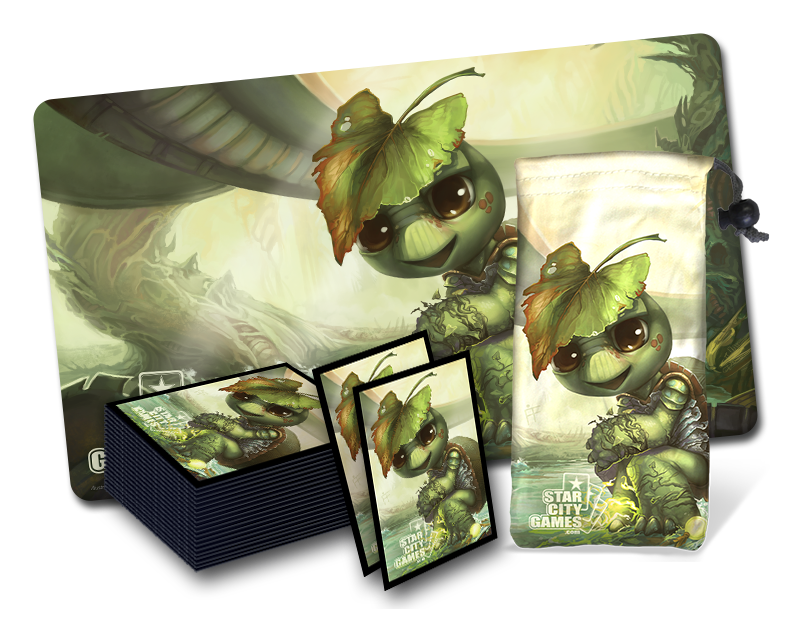 Happy New Year! While I’m not one for resolutions, we do have plenty of goals for 2015. Number one is to continue improving In-Store Programs to offer you the best value and support for your business that we can. We already have some exciting news and announcements to help start off on the right foot.

First, a little bit of housekeeping. Over the next few days you’ll notice the Total Points section of your Organizer Rewards Points drop back down to zero (or at least to a very low number, if you’ve already run an event in 2015 or are signed up for Game Night). Meanwhile, your Available Points and Pending Points will remain unchanged. So what does all this mean? All the points and rewards you earned from 2014 are still there. If you ended the year at Level 2, all those benefits are in place until the end of 2015!

Speaking of Organizer Rewards, the goal was to create a system that provides increasing benefits as you participate in ISP. I’m happy to announce that the point thresholds for 2015 have become even easier to reach. First, Game Night now awards 100 points per month, with 50 bonus points each month if you are enrolled in automated billing. Open Trials moved to a base of 100 points, but also now have the potential for 100 bonus points!

The biggest change to Organizer Rewards: we’ve reduced the points required to reach each level!

With more points being given out for events and improved thresholds, we hope to see even more of you earning the benefits of Organizer Rewards!

Speaking of benefits, we have a big addition for you, starting right now: the Flexible Payment Option! Eligible organizers may now defer their event fee until 30 days from the day of the tournament, while still receiving full marketing benefits from the date the event is approved. Full details are available here.

We thank you all for a fantastic 2014 and look forward to an even bigger and more rewarding 2015!

The FPO is available by application only. Applicants must meet the following criteria:

Once approved for FPO status, you will receive these benefits indefinitely. All you need to do is maintain Level 2 status and ensure that your event fees are submitted at least 30 days before their start dates!  Event fees received after that period will result in cancellation and temporary suspension of FPO status.  For full FPO details, please review the Organizer Rewards FAQ.

To apply for the Flexible Payment Option, simply email your regional representative or call 540-767-4263 x292.

* FPO not available for Game Night, States, and Regionals. Late or failed payment for non-FPO events will count against FPO status.

Upload IQ information the day of the event to ensure you receive bonus Organizer Reward Points.